If you are new to cryptocurrency or Tezos, the below FAQ can help you get started. Its content pertains mostly to baking (aka staking) and introduces you to some of the core concepts behind Tezos. Specific information regarding the application programming interface (API) and snapshots can be found on their respective webpages. You can also reach out and contact us at [email protected] if you have more questions. 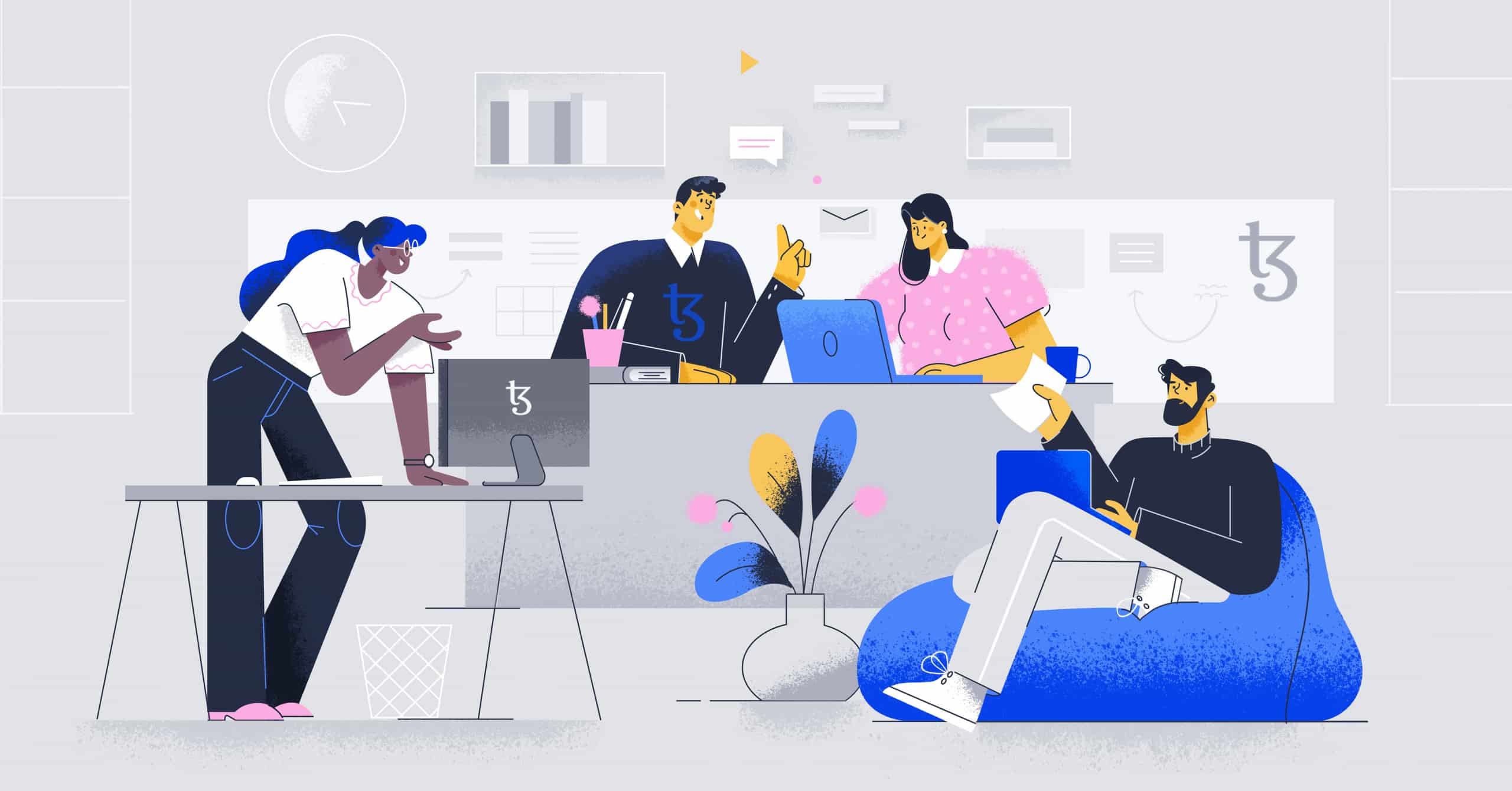 
What are your fees?

You can learn more about our fees, minimum requirements, and other related details here

What is a Baker?

We put your Tezos coins to work to "bake blocks" or verify transactions. Due to the set inflation of the Tezos protocol (~5.5%), it behooves Tezos holders to stake their funds to avoid depreciation. By delegating to a Tezos Baker, you can participate in Proof-of-Stake (aka “baking”) and earn rewards.

Why should I delegate to a Baker?

How should I select a Baker?

Selecting a Baker is a personal decision and there are several factors that you should consider. On the surface, it is important to select a Baker that has a high uptime and a low fee. Other factors to consider include the Baker’s dedication to Tezos, the stability of their bond, and their infrastructure. However, it cannot be emphasized enough that a Baker also serves as a delegate in representing their constituents (i.e., delegators) in governing the Tezos protocol. Delegators should select Bakers who they feel will represent them from a technical, social, and political perspective.Learn more about Ateza, our mission, and our values.

How do I delegate to Ateza?

Delegating is easy and is explained here on our website.

Are my Tezos coins safe?

Yes, your funds are safe. When you select a delegate or a “Baker” using your wallet, your funds always remain in your control. Delegation does not “lock" your coins and you can use them whenever you want. Delegating to a Baker through your wallet is simply a flag that allows your Baker to use your funds to validate transactions and to represent you in governing the Tezos protocol. Again, your funds are always in your control and it is impossible to lose your funds due to Baker misbehavior. Your main risk is selecting a Baker who has minimal uptime or does not fairly compensate staking rewards.

What are private and public keys?

One of the core benefits of distributed ledger technology (DLT) is the ability to have self-custody of digital property. This is realized using public and private keys whereby the public key is used to identify the owner of the private key. A transaction cannot occur unless the individual owner of that public key signs a transaction using their private key. In the “analog world”, custody is defined by “physical possession.” In the “digital world”, custody is defined by the “private key.”

What is formalized self-governance?

Formalized self-governance allows the Tezos community to upgrade the Tezos protocol using the Tezos ledger itself. This process is also referred to as “On-Chain Governance". Formalized self-governance facilitates protocol upgrades allowing the technology to quickly adapt and incorporate new technology (i.e., self-amending ledger) without requiring a centralized entity for protocol upgrades and maintenance. By delegating to Ateza, we act as your representative in upgrading the Tezos network through weighted voting based on our total Tezos delegation balance. We stay current with research and development; discuss proposed changes to the protocol with other Bakers, developers, and researchers; and test new functionality. Being a delegate is just as much social as technical, because protocol changes often have economic, political, and philosophical implications.

What is bond pooling?

Some Bakers utilize bond pooling; whereby, these Bakers have an agreement with large Tezos coin holders to fund their Baker. There is one concern with this approach: What happens when this agreement ends? If these large Tezos holders decide to sell or move their funds, this Baker is at risk for a large decrease in their total bond. This can lead to problems of over-delegation and inability to pay their delegators. Ateza strictly utilizes its own funds, thereby guaranteeing a stable, predictable bond balance for delegation. We refuse to accept any bond pooling agreements. We bake with our own funds.

Proof-of-Stake (POS) is a consensus algorithm used to add “blocks” to the “blockchain”. More specifically, POS is the method used in Tezos whereby a particular “Baker” is selected to add or “bake” a block containing new transactions to the blockchain. This process allows node validators or “Bakers” in the network to reach consensus on one true state of the ledger. This is similar to Proof-of-Work (POW) used by most cryptocurrencies which involve solving arbitrary “hash” problems to determine which node or “miner” is selected to add the next “block” to the “blockchain." While both POS and POW are consensus protocols that allow for Byzantine fault tolerance in a permissionless, hostile open network, POS has several advantages over POW. POS is unique in that it doesn’t require nearly as much electrical energy and, therefore, is significantly better for the environment and more sustainable from an energy resource allocation perspective. POS consensus algorithms are based on the concept of a “stake” or a bond containing Tezos funds whereby the Baker is selected based on their proportional amount of “staked” Tezos coins. While delegating to a Baker will increase the Baker’s odds of being selected to bake a block, the Baker’s delegations are never at “stake” meaning the delegator (i.e., you) cannot lose their Tezos funds due to Baker misbehavior (e.g., double baking).

How does formalized self-governance facilitate trust?

Distributed Ledger Technology (DLT) or “blockchain” technology is often termed the “trust protocol.” This requires decentralization to securely allow one to maintain custody and transact with digital assets (currency, financial assets, etc.) without needing to trust a third-party (banks, brokerage firms, etc.). However, if governance (i.e., software maintenance and upgrades) is centralized, then the trust is simply shifted from the technology to the centralized entity maintaining the DLT software protocol. Tezos solves this problem as both the technology itself and its governance mechanisms are decentralized, thereby removing the necessity to trust a centralized entity for either.

What are the problems when a blockchain forks?

Formalized self-governance reduces the risk of needing to “fork” the network, which is when a network divides into two incompatible networks (e.g., Bitcoin and Bitcoin Cash, Ethereum and Ethereum Classic). This often occurs due to disagreements within the community during a software upgrade (e.g., Bitcoin block size limit controversy). Forking the network is detrimental because it divides the network, thus reducing its value (see question on Metcalfe’s law), and creates uncertainty hindering mass adoption.

What is Metcalfe’s law?

Metcalfe’s law states that the value of network is proportional to its users squared. This was originally borne out of the development of the early telecommunication industry (circa 1900s) by former AT&T President, Theodore Vail, as the basis for creating the Bell System monopoly of North America. It has been validated multiple times and has been embraced by Reed Hundt, Former Chairman at the Federal Communications Commission, as providing the basis for understanding the value attributed to the internet.

How does Metcalfe’s law apply to Tezos?

Distributed ledger technology (aka blockchain technology) is essentially a digital network which enables peer-to-peer exchange and custodianship of digital assets, which derives value not only from these assets but also from the size of its network. For example, if Bitcoin was only accessible to one user, it would have zero value because they could only transact with him or herself. This would also apply with other networks such as phone companies, social media, and the privatization of the internet (CompuServe, AOL, etc.) because fragmentation of these networks diminish their value. Tezos reduces this problem (i.e., forking the main network into smaller networks) through formalized self-governance.

Why is decentralization important?

There are three components that enable distrusted ledger technology (DLT) to realize its core benefits: 1) blockchain data structure, 2) consensus algorithms, and 3) decentralization of 1) and 2). Decentralization is important in preventing data censorship, strengthening data immutability, and hardening consensus to make “double spending” virtually impossible. Decentralization further improves DLT security by relinquishing the necessity to trust a single entity. While most distributed ledgers are decentralized in terms of infrastructure, albeit to various degrees, many still require one to trust a centralized entity for governance (i.e., upgrading and maintaining the protocol software). However, in Tezos, both the technology itself and its governance mechanisms are decentralized, as both are fundamental in creating a trustless technology.

What is an API?

An application programming interface (API) is a method to create a layer of abstraction between an internal and external process to facilitate software development and acquisition of data. This allows developers and researchers to focus on their main goal (i.e., building applications and conducting research) without needing to worry about the details of the underlying infrastructure, such as maintenance and security of the actual physical nodes.

Snapshots are a method to easily download the Tezos chain to your computer so you can quickly run a node. The alternative is to sync the Tezos node from scratch which can take several weeks to complete.

Scroll to top
Delegation Details
Fee: 9.95%
Minimum Delegation: 25 XTZ
Reward Frequency: Every Cycle
Reward Calculation: Dynamic
Reward payout transfer fees are automatically deducted from the rewards. Rewards are calculated based on actual rewards earned “dynamic model” after an initial 12 cycle holding period. Delegator accounts with a zero balance will continue receiving rewards earned from previous cycles and are subject to a reactivation fee.Please refer to the Terms of Service for more details.